Granas is a God in the world of Grandia II.

Elmo describes the Birthplace of the Gods as a research facility in which both Valmar and Granas ascended to godhood. This implies they may have once been humans who managed to acquire god-like powers rather than true gods. This may be the reason why both Granas and Valmar eventually disappear.

The Age of Miracles[]

With the power of a god and possessing absolute authority, Granas led mankind into an era of peace and great technological achievements.  However, this picture began to sour as Granas's followers became ever more fanatical, to the point where, according to Zera, "all were made to pray without ceasing".  The few remaining who sought to resist placed their faith in Valmar, who had worked alongside Granas, who then ascended into godhood at the Birthplace of the Gods.

The Battle of Good and Evil[]

Granas fought against Valmar in the battle of Good & Evil, striking through him with the Granasaber and splitting him into seven pieces, which were then sealed by the followers of the light known as "Gaolers".

However, despite his efforts, Granas was killed in the midst of battle. This knowledge is kept secret from the people, who are instead told that he is recovering from battle so as to give them a sense of hope.

The church of Granas remains in existence to the present day on the Silesia continent, unlike the followers of Valmar who hid their ancestry before fading into obscurity. Many towns in Silesia will have a small church or chapel due to the widespread following of Granas within the populace.

Individuals associated with the church in any capacity are regarded highly within the community as they are believed to bring with them the favour of Granas.

The religious capital is St. Heim Papal State where the head of the church, Pope Zera Innocentius, resides along with other religious superiors such as High Priestess Selene. The cathedral at St. Heim houses the Cathedral Knights, who are a group of knights devoted to purifying the land of darkness. 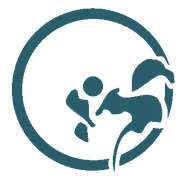