Valmar is the god of evil in Grandia II, who had previously battled the god of good, Granas. Even though Valmar was sealed away and his body parts separated, Granas lay defeated by the battle's end. Eventually however the story would be told ending in a victory for Granas, so as not to dishearten the population.

The main bulk of the game deals with the parts of Valmar, as they are released and possess many human beings, including one of the main characters, Elena (which gives birth to Millenia, in reality the Wings of Valmar). Eventually the parts of Valmar are all released and the body of the evil recomposed by Pope Zera, who assumes the position of the new Valmar's conscious will.

After the heroes defeat the individual parts, and eventually Zera himself inside the body of the new Valmar, the dark god is no more.

Elmo describes the Birthplace of the Gods as a research facility in which both Valmar and Granas ascended to godhood. This implies they may have once been humans who managed to acquire god-like powers rather than true gods.

The Battle of Good and EvilEdit

The Pieces of Valmar are the game's primary antagonists. The divided and vastly weakened components of the god Valmar, their ambition is to escape the seals placed on them by the Church of Granas, revive themselves, and recombine to allow Valmar's full rebirth. Each Piece is apparently bodiless by default, but can take possession of the nearest living humanoid and transform it into a heavily armed beast to do its bidding. All the Pieces aspire to devour each other and absorb each other's energy; once the power of all seven is gathered into the same body, Valmar will be reborn. The Granasaber is the only known weapon capable of destroying a Piece of Valmar aside from another Piece. Millenia herself is the form taken by the Wings of Valmar upon possession of Elena. However, as evidenced by the Horns of Valmar's failed possession of Ryudo, in the right circumstances a host creature can resist possession and render a Piece of Valmar harmless. The fact that Millenia has only partial control over Elena, usually when Elena is feeling weak, suggests that she has partially blocked Millenia's possession and placed a limit on her power. This may also explain why Millenia is not as purely bloodthirsty as her fellow Pieces(also the seal never finished transferring the Wings to Elena. Ryudo saves her and escapes the tower).

There are seven Pieces: the Wings, Tongue, Eye, Claws, Horns, Body and Heart of Valmar.

After the assembly of all the parts of Valmar (aside from the Horns) in the body of Millenia, Zera performs the ritual to revive the dead god on Valmar's Moon. To do this, he first absorbs Millenia's essence into to birthing chamber before joining it with his own essence, becoming the will of the new Valmar.

Valmar is then revived in his new body; a three-headed giant that descends to the Earth and begins destroying the continent alongside his many demons. Ryudo and the remaining party cripple Valmar's body with the Granasaber before entering inside the beast and destroying the Core. They then destroy the parts of Valmar one by one before defeating a mutated form of Pope Zera, destroying Valmar altogether. 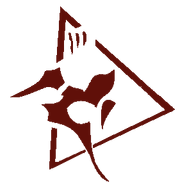 Retrieved from "https://grandia.fandom.com/wiki/Valmar?oldid=17943"
Community content is available under CC-BY-SA unless otherwise noted.